Now that the UK has fully left the European Union and the rules for employing EU citizens have changed, (excepting Irish citizens) English football clubs are reassessing the recruitment both of EU and other non-UK players from around the world. In this short article, we set out the background to the rule changes, describe the rules and criteria used - in simplified terms - and make some comments on how they may affect clubs and players in the seasons ahead.

It is important to recognise that the rules for employing football players who are not citizens of the UK or Ireland must follow current government immigration policy. This includes a commitment to ‘reduce overall levels of migration and give top priority to those with the highest skills and the greatest talents’. The government has ended European free movement rights, and will apply a nation-wide points-based system (PBS) to help recruitment of all highly-skilled and talented people from outside the UK, overseen by the Home Office. Football player recruitment is located within this system.

The rules are intended to identify and attract non-UK players whose excellence is proven internationally, and at the highest domestic level. They are also intended to make the process objective – removing as much subjective assessment as possible. In the recruitment of overseas football players, the treatment of EU and non-EU foreign citizens will be the same.

In England, for the FA Women’s Super League (FAWSL) and the FA Women’s Championship (FAWC), the FA has helped define the sporting requirements for talented overseas players, based on their experience and demonstrated level of skill. All non-UK nationals are required to meet these requirements before they are granted clearance to transfer to an English club. Their incorporation into a points-based system for elite women’s football is briefly described below.

Implementation of the system will be employer-led – that is, by clubs.

The FA, as England’s football governing body, has published a set of criteria for clubs in the top two tiers to assess whether a non-UK player is established at the highest level and is likely to make a significant contribution to the sport in England. Meeting these criteria is necessary before clubs obtain an endorsement for the player from the FA - known as the Governing Body Endorsement (GBE).

In turn, clubs must issue a Certificate of Sponsorship to endorsed players so they can apply for a visa. And before a club applies for a GBE, it must acquire a Sponsor’s Licence from the Home Office within the terms of the national PBS.

The FA criteria are for senior women players, and focus on the calibre of the competitions and leagues played in, as well as percentage of minutes played. They use FIFA rankings of women’s national teams to determine international quality; a simple two-band ranking of domestic leagues to rate domestic competition quality; and also for FIFA confederation competitions (such as the UEFA Women’s Champions League) to rate continental quality.

The FA has published ‘ready-reckoner’ diagrams for each main category, to help clubs work out whether a target player is eligible for a GBE by adding up the points awarded in each cell.

Players are automatically eligible for a GBE if they meet the percentage of international appearances shown in ‘Auto Pass’ cells of the first table.

A player who is not an Auto Pass player must obtain a total of 24 points to be eligible for a GBE. (Points are also awarded for the final league position of the player’s last club as well as its quality.) 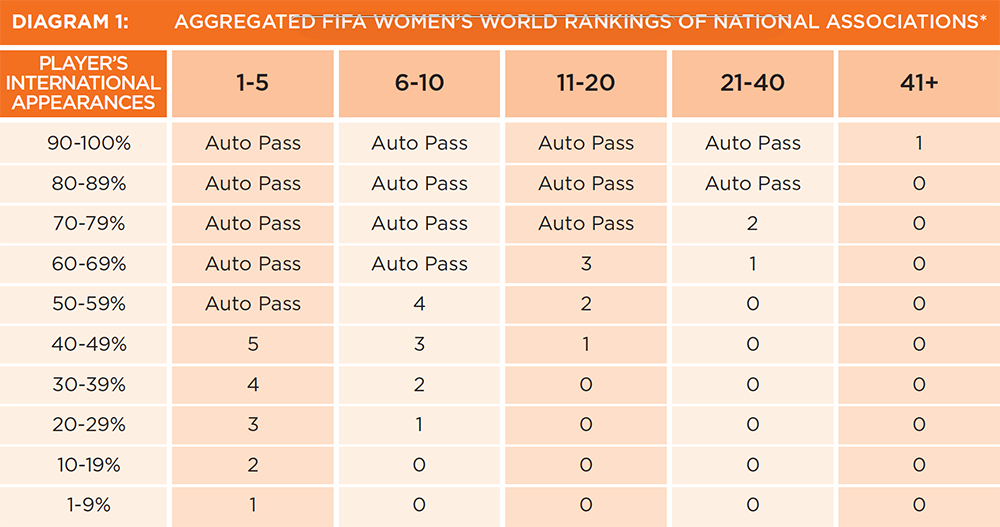 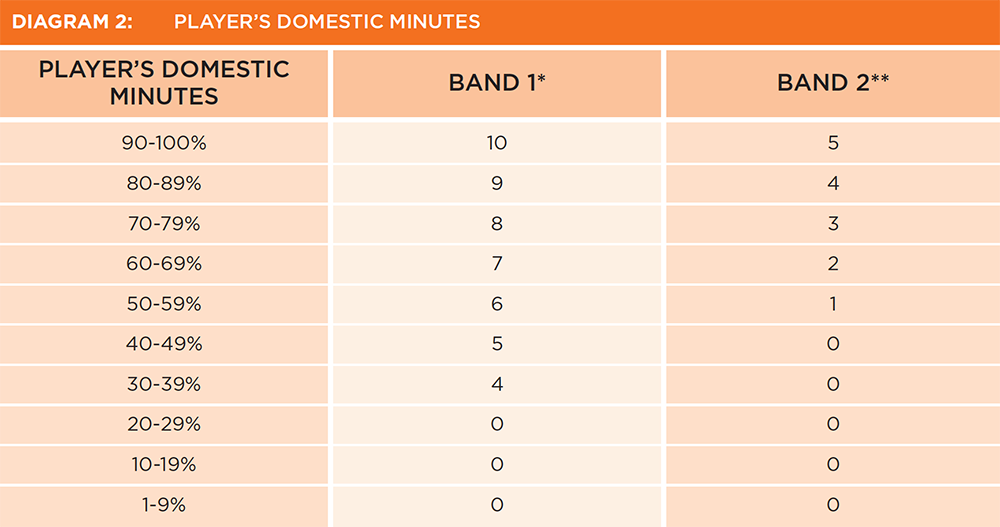 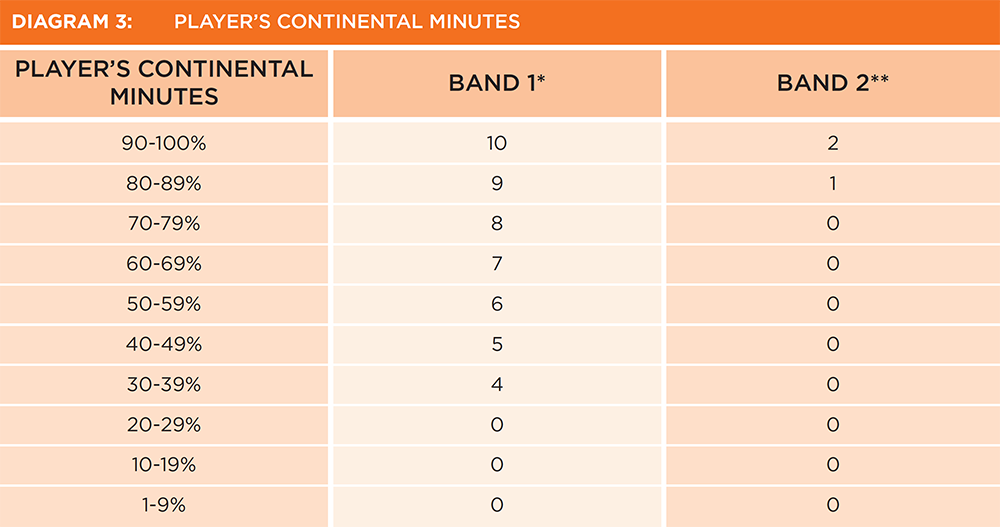 *Band 1 is: UEFA Women’s Champions League; Copa Libertadores Femenina.**Band 2 is any other competitions organised by the six FIFA confederations.

WHAT WILL THIS MEAN FOR ELITE CLUBS AND PLAYERS?

There is uncertainty about the long-term effects of the changes on the landscape of the women’s game, but we may see a reduction in the number of EU players as clubs focus the time and resources on talented players from other regions who meet the criteria.

A reduction in EU player transfers may see clubs increase their efforts to develop home-grown players of quality to compete domestically and internationally. Those clubs which have invested in academies and robust player pathways are likely to reap the benefits.

It is not clear if there will be any direct impact on player wages and transfer fees, already under pressure from the economic fallout of the current global pandemic.

What is clear is that clubs looking to recruit from overseas need to target prospects carefully in the light of immigration requirements. Those with well-informed scouts and access to legal and immigration advice will be at an advantage. And this will require constant attention – the FIFA rankings are updated every three months and player eligibility will change in line – and a commitment of time.